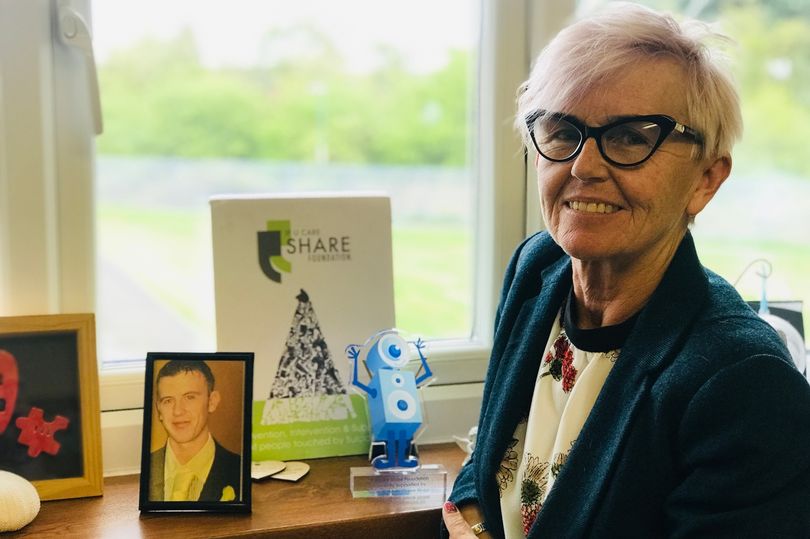 A lifesaving charity which helps those bereaved by suicide will now be able to support people throughout the North East.

If U Care Share, a charity dedicated to preventing suicide and to helping those whose loved ones have ended their lives, has received an NHS funding boost meaning it can extend its support throughout the North East and Cumbria.

The Chester-Le-Street based foundation was set up by Shirley Smith and her family, after the tragic death of her son Daniel O’Hare.

Much-loved Daniel took his own life at just 19, despite having shown no outward signs of his intentions, leaving his family baffled and devastated.

The charity works to prevent suicide with initiatives including workshops for young people to help improve emotional and mental health.

But it’s also an invaluable resource for those facing the unique pain of bereavement by suicide.

Its expansion is being supported by North East & North Cumbria Integrated Care System (ICS) as part of the region’s suicide prevention network.

The charity’s details will now be handed out by police to loved ones in the immediate aftermath of a bereavement, while they can also be directed towards the charity’s help through NHS services.

Founder Shirley said: “It shouldn’t matter what your postcode is, that support should be there for you. We’re working with Northumbria police, local authorities, clinical commissioning groups and mental health trusts to replicate what we’ve got in County Durham.

“We want people to have the choice to access help when they’re ready, when the time is right for them.

“We’ve done the hard work already, getting set up, now it’s about growing and reaching more people. I’m really, really proud of the work the team has done.”

Shirley and the charity won this year’s Chronicle Champions community award, and she was hailed by the person who nominated her as a “guardian angel” who had “saved lots of lives, including mine”.

The work is deeply personal for Shirley and her team, who are all “members of a club no one wants to be part of”.

Shirley said: “That’s one of the key points of our service: all of our team have been impacted or affected by suicide, and whilst it’s always about what the family or the individual you’re helping is going through, just knowing that someone who can understand, on a certain level, some of what’s happened, and is there to get you through, is so powerful.

“People’s lives have exploded and trying to pick up the pieces all by yourself can be exhausting, both mentally and physically.

“It’s not to say the person will ever be completely whole again, but having someone with you who has had that experience can help.”