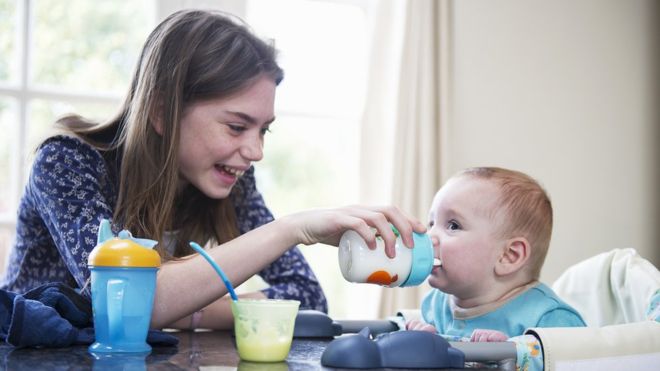 Young carers spend an average of 25 hours a week looking after loved ones, new research suggests.

Their unpaid work is the equivalent of £12,000 a year on a part-time carer’s wage, says Action for Children. Describing it as a “hidden child workforce”, the charity says the amount of responsibility being placed upon children is “appalling”.

The Department for Education says young carers “should be protected from excessive caring responsibilities”.

A survey of 383 young carers aged between seven and 18 by the children’s charity, found their care equated to around £240 a week.

Action for Children is calling on the government to give all young carers access to respite service.

It says current provisions are “patchy”, despite the services being a “lifeline” for some young carers.

The charity’s deputy chief executive, Carol Iddon, says the fact young carers exist at all is “a sad indictment of our situation”.

“I hear people saying, ‘Oh, come on, kids needs to do chores’, but this isn’t about that. This is about young children taking on quite an adult role and it isn’t acceptable.”

In response to the survey, the Department for Education said young carers “should be protected from excessive caring responsibilities”.

“We expect adult and children’s services to work together and take a whole family approach in identifying and supporting young carers.”

You can read the full article here.